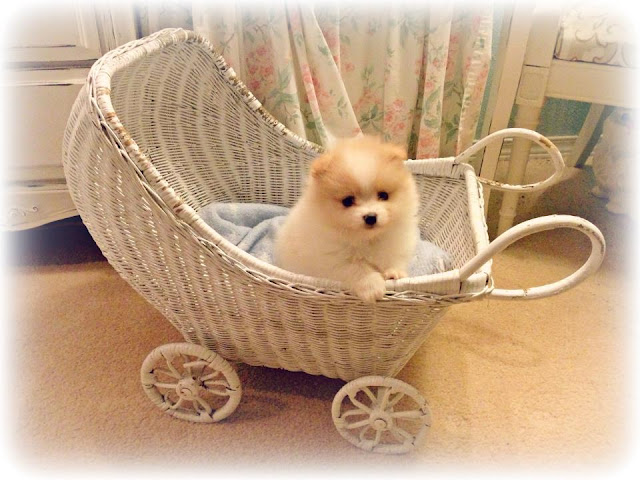 On Wednesday night I was browsing through the EBay Classifieds adds of Pomeranian puppies as I do quite often, okay okay like everyday. My boyfriend and I have been talking about getting a third Pomeranian for a couple months now. Then I saw it, this picture, and I knew this puppy had to be mine. I sent my Mom this picture and I said,  "I bet you can guess which one I want". Of course she knew right away. 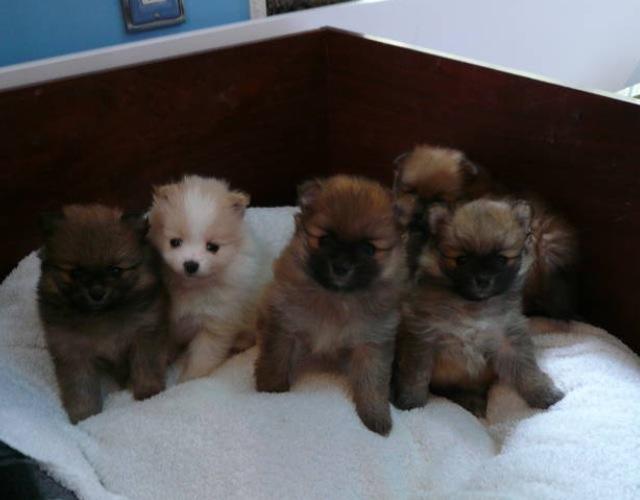 On the add it said 3 males & 2 females but it didn't say which puppy was what. I was really hoping the cream and white was female since that's what I had wanted. I emailed to find out the sex, I would have called but I am a night owl and it was like 2am. I hardly slept because I was so excited to find out if it was boy or girl. Then I woke up early to check my email where I had gotten the response that the white and cream puppy was male, I was a bit bummed and went back to bed. Then I just could not stop thinking about him. Long story short I decided he was it, it was meant to be, and I was going to have a boy. My boyfriend seemed very excited I think he secretly always wanted a boy Pom rather than another girl. 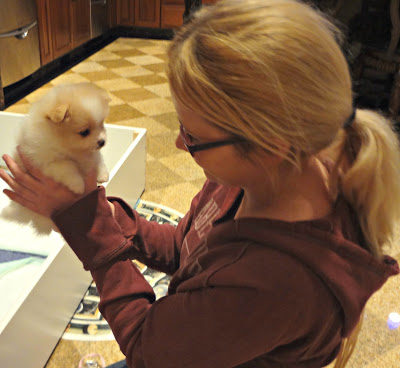 It was love a first sight. I named him Bentley.
It was a 4 hour drive one way, he was very much worth the drive. He was even more perfect then I imagined. He seriously looks like a little mix of Bella & Lacie. 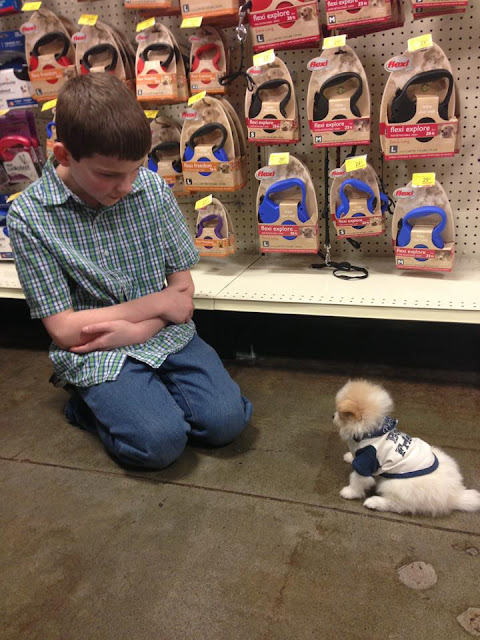 Wyatt & my Mother went with me to pick up Bentley. Right after we picked Bentley up we took him for his first trip to PetSmart here he is with Wyatt in his first outfit. 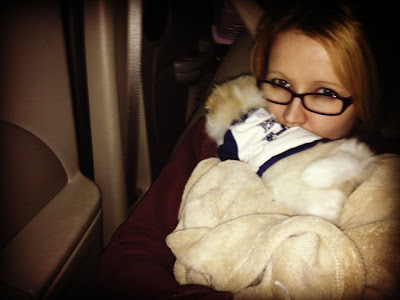 Bentley and I cuddling on the long way home. 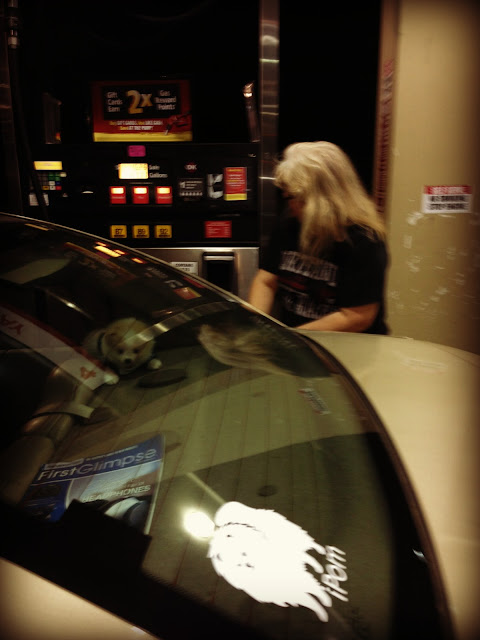 Us Oregonians are not used to pumping our own gas. so that was something we had to figure out on the way back. I let me Mom handle that while I took pictures of her doing it, notice Bentley in the back window. 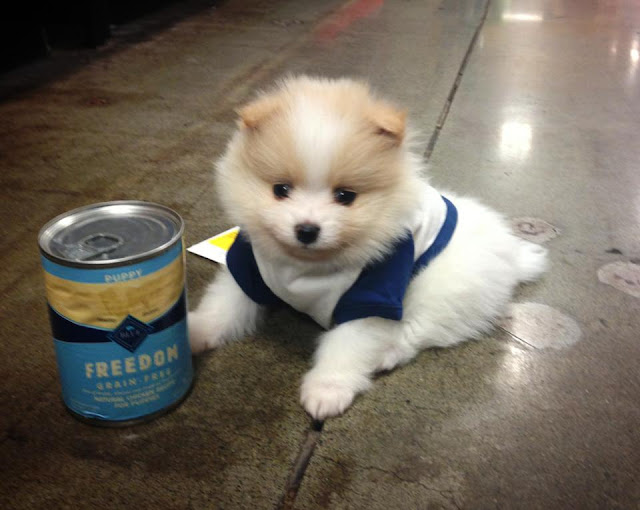 Bentley is so little! I don't feel like the pictures show how small he really is. I didn't know it until I got to the house to get Bentley that he is only 6 weeks old! Generally this is to young to be taken from mom for a toy breed but Bentley's mom only weighs 4lbs and had 5 puppies, her vet thought the puppies should be weaned early because it was too much on such a little dog to nurse 5 puppies. 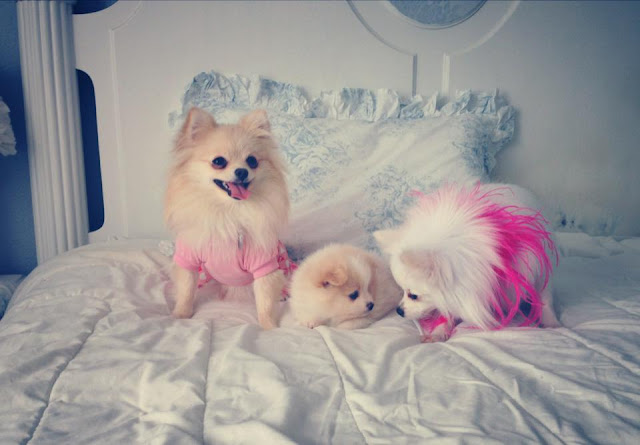 
Lacie & Bentley have been playing together, it is so adorable!
Bella has been a bit more stand offish she has been nice but a little shy. 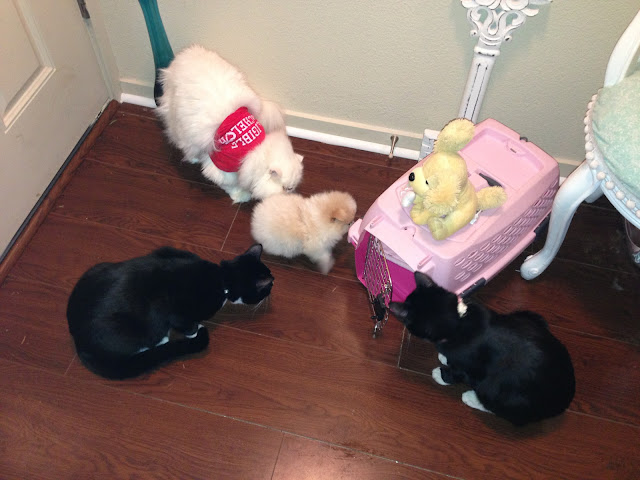 This picture was taken when we got home around 4am, all the cats were interested in meeting little Bentley, they all have been very nice to Bentley too. 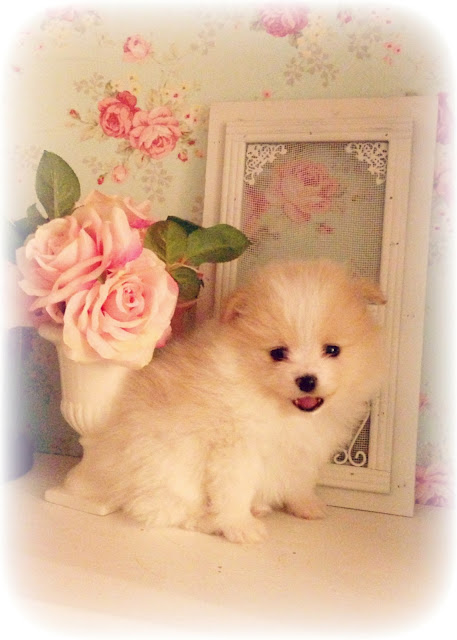 I am already so in love with him, how could you not be look at that face. 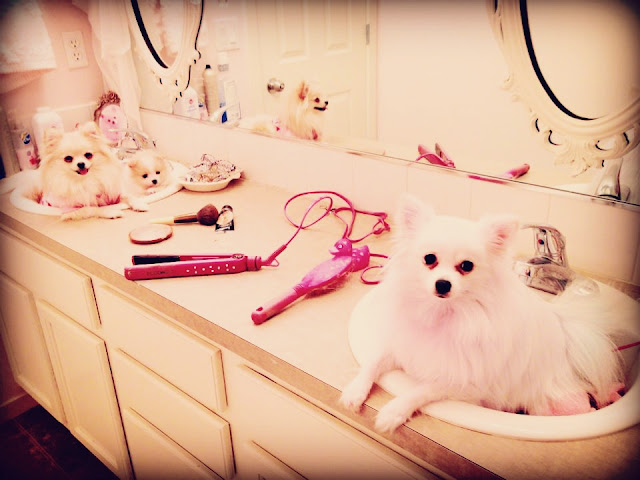 Bella and Lacie like to sit in the sinks and watch me get ready, Bentley joined them today. He is fitting right in with our family. 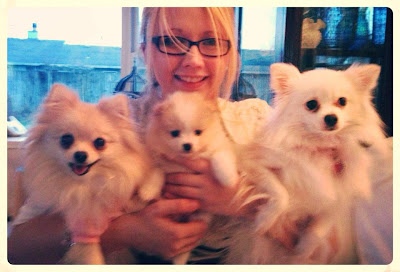 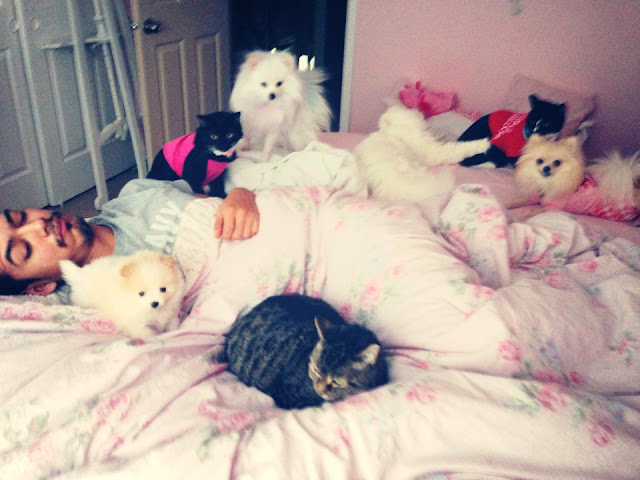 Everybody trying to wake Sidney up this morning.
It's a good thing we have a king size bed so there is enough room for everybody!
Bentley, Bella, Billie, Lacie, Levi, Lulu & Alien.
Little Bunny Fufu is the only one not in the pic 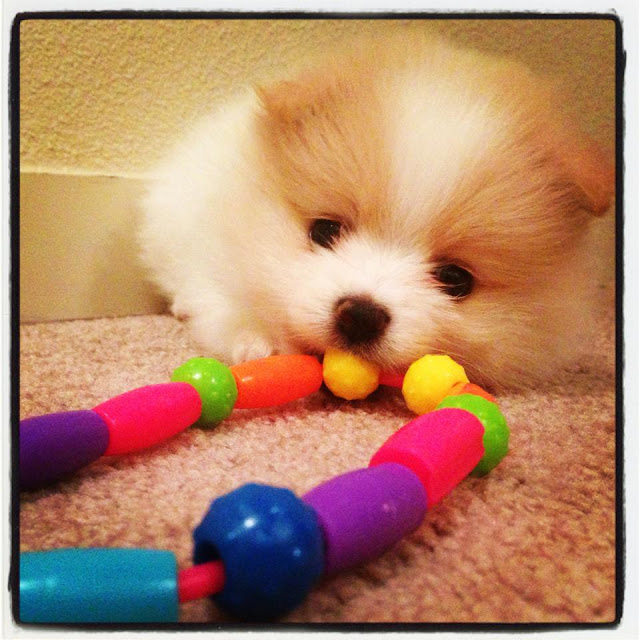 Bentley is trying to chew everything most of the dog chew toys are too big. My Mom got him this little baby teething ring it is perfect, he loves it. 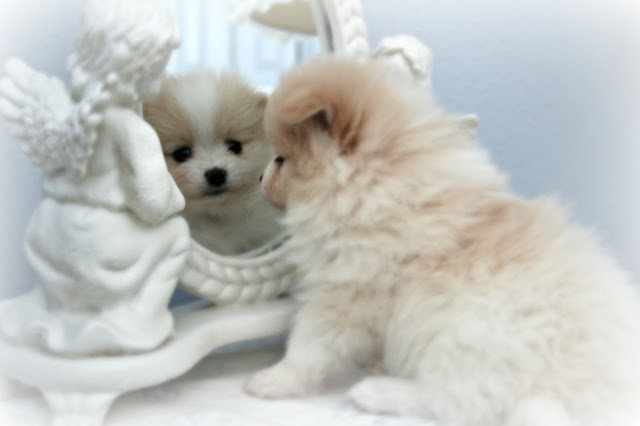 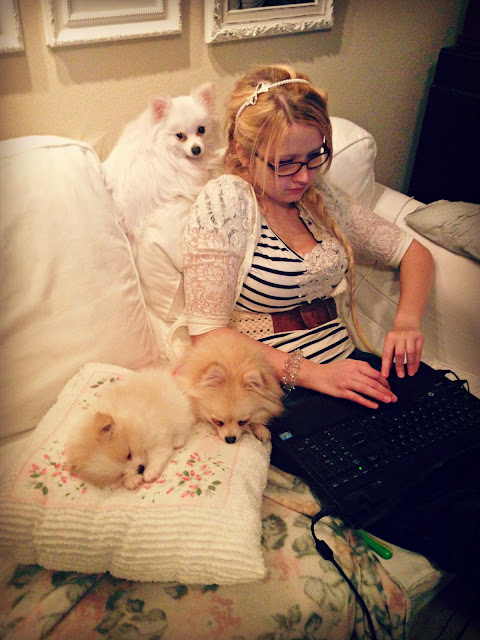 I am currently working on this blog post at my parents house my Mom just took this picture of me and my babies just moments ago.