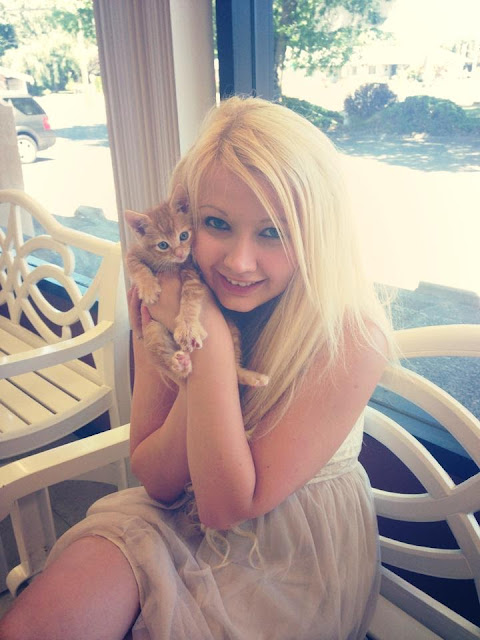 I was not planning on getting another kitten so soon, but Leo was just meant to be.
Here is our story... 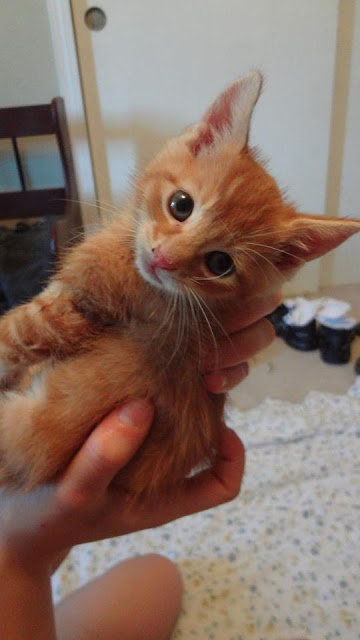 My Mother & Brother found Leo while I was at work in a bush in my grandparents back yard. My Mom said she could hear Leo screaming right when she pulled up in their driveway, and he was way in the backyard against the back fence. What made me so mad was a lady living in the apartments behind my Grandparents house told my Mother that Leo had been screaming for 3 days! What the heck!! Why did no one help him? My Grandparents are hard of hearing and had no idea he was back there. Leo was stuck tightly by one of his front legs. My Brother Wyatt crawled into the bush to free him. Leo was very friendly and happy to see them, nothing like a typical wild kitten. We wonder if he was socialized with humans before, he sure seems like he was. But we really have no idea where he came from, he is about 6 weeks old. 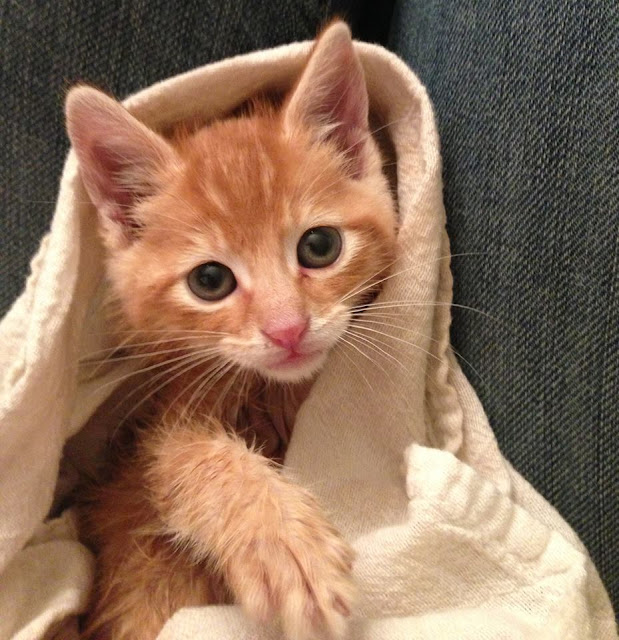 My Mothers original thought was to get Leo out of the bush, and then take him to our local animal shelter, where we thought he would be quickly adopted because he is so cute. But Leo had been stuck in the bush so long his paw and leg were swollen up huge!! 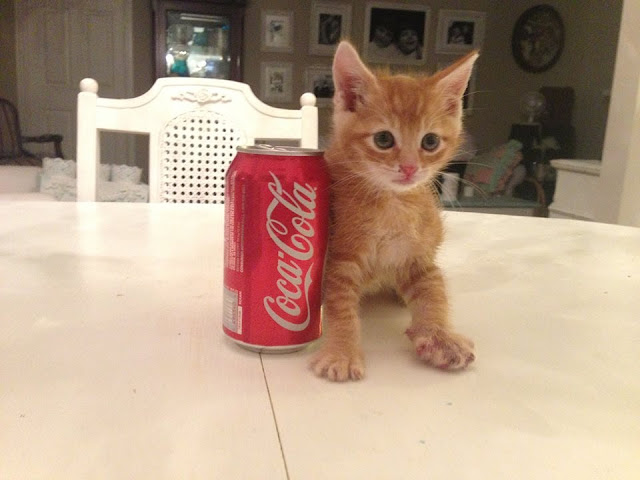 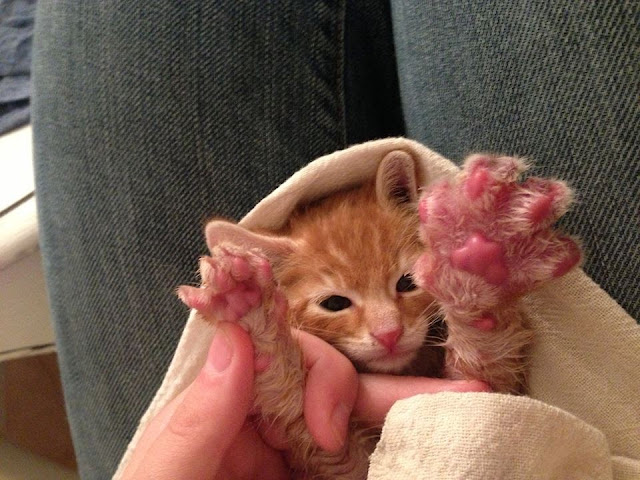 Several hours had passed. I had come to see him right after work and the swelling was not going down. It was Sunday evening so  my local vet was closed. We did some research and found out our local "No Kill" animal shelter is only no kill for healthy animals, and sometimes they put down unhealthy animals ( Which makes me sad, but I do understand why they have to do that). No way could I let him go to the shelter  and likely be put to sleep, with any possibility that he could live. I decided I wanted to pay for Leo to see the vet in the morning before we made any decisions. I was quickly falling in love with him. 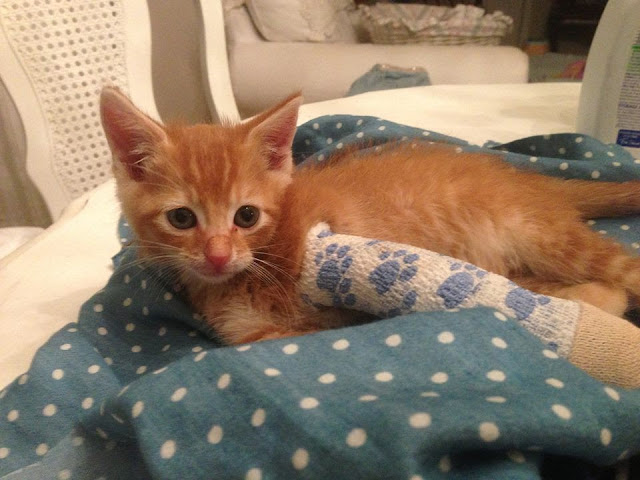 The vet said that they believed the tissue and everything else in his leg was dead. They checked for any broken bones it was not broken. The vet wanted to give it a couple days too see if anything changed and put him on antibiotics, in hopes he would get feeling back in his leg. At this point I had already made up my mind the night before to keep Leo, so I also had him tested for all the common cat diseases and everything came back negative. 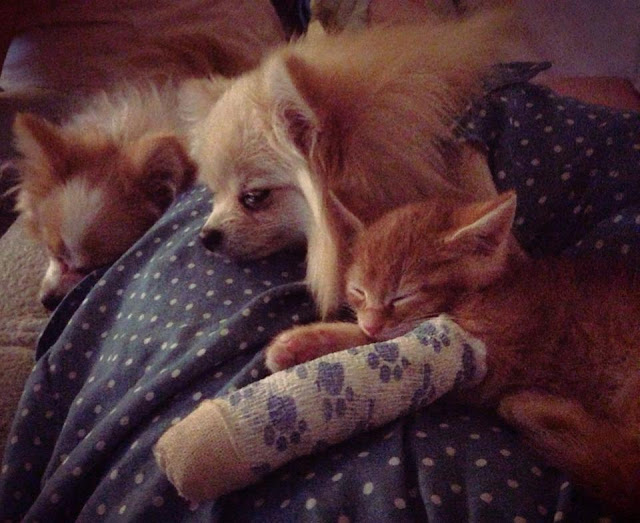 Leo was apart of the family right away 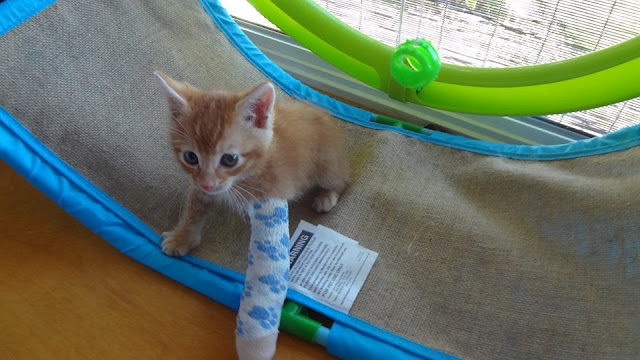 Leo had no feeling in his leg and paw at all. You could poke it and he would not feel it. He dragged his leg around tripping over it, and acting as if it an annoying weight he had to carry around. 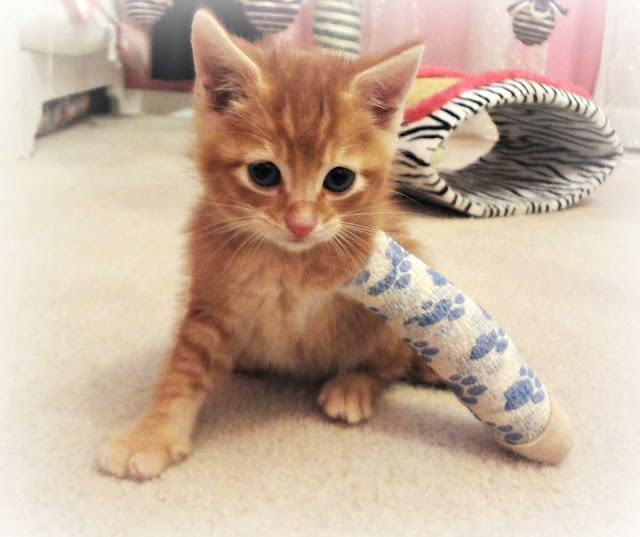 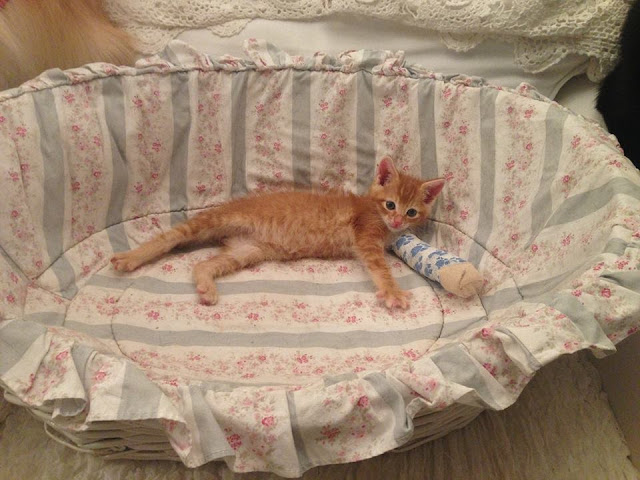 I took Leo back to the vet on Wednesday as they had said on Monday to do. The vet gave us the news that  we already knew was coming that Leo was going to need his leg amputated. The vet said she was very confident he would do great with just 3 legs. I scheduled his amputation for the following morning. 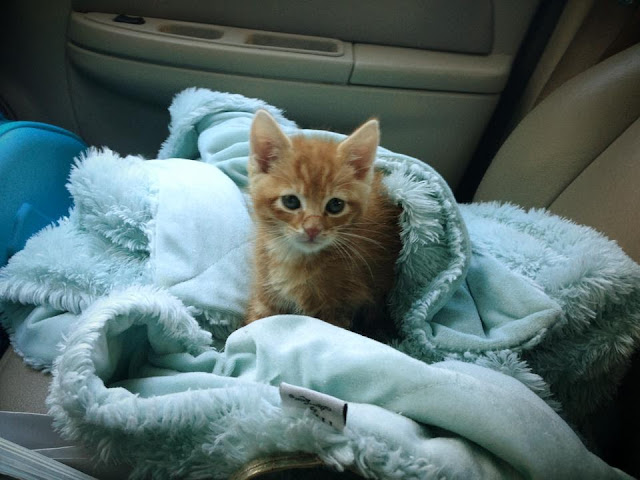 Leo on the way to the vet the day of his surgery. 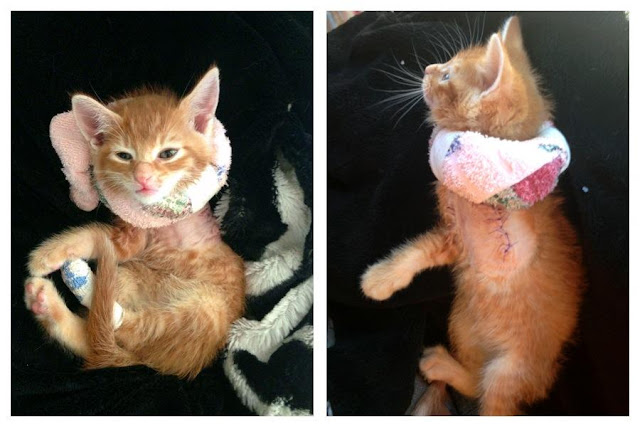 The vet was very kind to give me a very good price on Leo's surgery. She also neutered him for no charge at all, she said she thought it was best to have it all done at once, so he would not have to go under anesthesia again later on. Leo's surgery went great, thank goodness I was so nervous I was already so attached to him. Leo is currently on antibiotics and pain meds I am giving to him. It worked out so perfect because I had a scheduled paid vacation from work for 2 weeks starting on Wednesday, with not much planned to do. So now I can stay home with Leo while he recovers, it feels like it was meant to be. 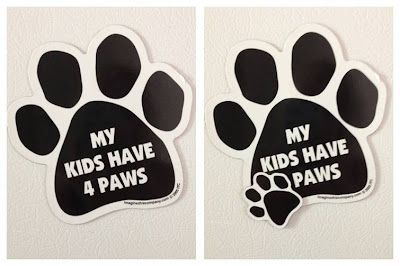 Leo is already doing so good! As you can see in the video.
I have been trying to keep him resting, but he just cries because he wants to walk around the house and check everything out.
I love how in the end of the video Bentley and Leo share a little kiss, it is so precious. 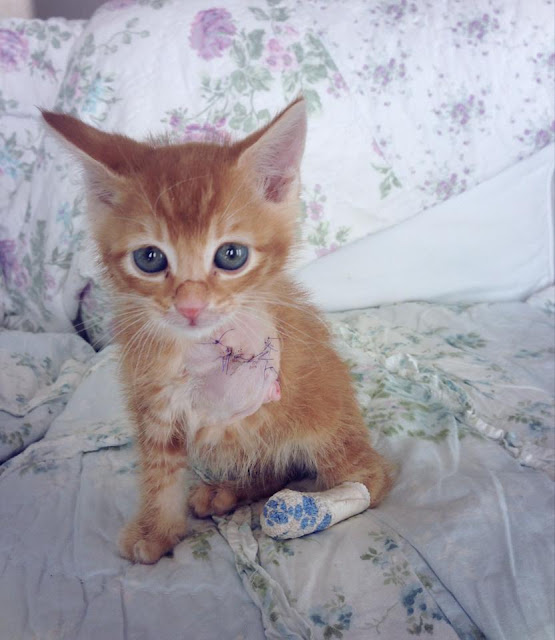 I already love Leo so much.
Thanks for visiting
﻿
Posted by Janae