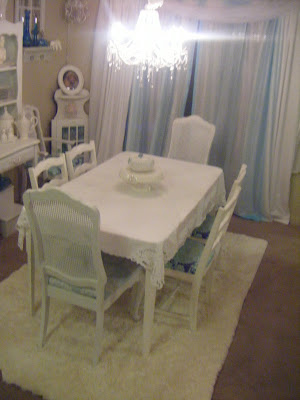 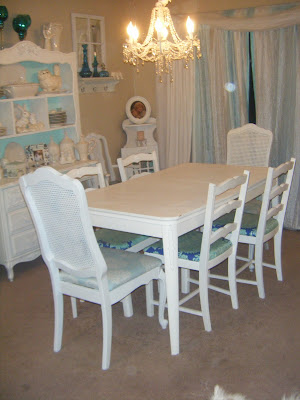 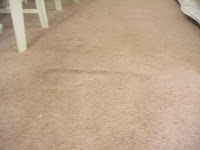 Then I also have this spot in the carpet that is loose that has been driving me crazy! Unfortunately while painting my cabinets a few weeks some of the paint seeped through the canvas. I spent alot of time scrubbing it and got most of it off but unfortunately from all the scrubbing I guess it made this big loose part in the carpet & I have been upset about it I hate it!I have been thinking about getting a rug to hopefully cover this, until I can get my hardwood floors. 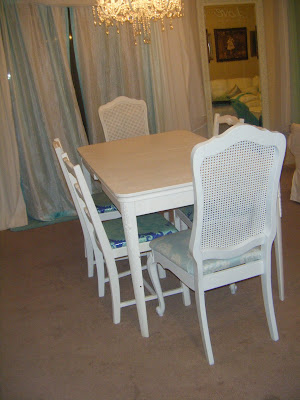 But I would need a really big one to center it under the table and still cover the spot, and really big rugs come with really big price tags and being the thrifty girl I am, I better really love it if I am going to spend a lot of money. 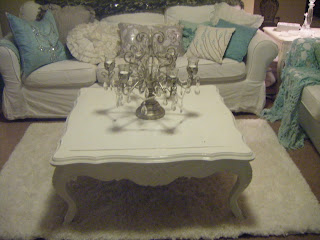 I wanted a rug similar to this one I got at Goodwill a while back. That I absolutely love! I don't know if this is common knowledge but since I am a big goodwiller I know how to tell when something is a Target product that goodwill purchased from them, Its quite easy actually you know how they have the colored tags that change once weekly of what is half price that week. Well the pink tags (which never go half price) are items from Target that either have a minor issue or have been returned and the packaging is ribbed up. Goodwill purchased these items from Target, at a very discounted price I would guess, because they then resale them at alot lower prices. Whenever I buy something from Goodwill with a pink tag I usually get on the Target website to see how good of a deal I got. I have had this rug for about a year and have never found anything wrong with it at all, but it was not in it's a originally package, which is why It must have been at Goodwill. I purchased the rug for 24.99 they are currently selling it at Target for 69.99 so I was very excited about the deal I got. 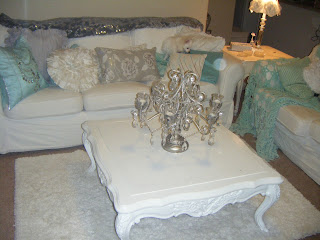 I Love this rug so much that I was pretty much looking for the exact same one but alot larger. But all the rugs the size I wanted were selling for over 400 and not nearly as nice as the one I have. Clearly this one was not large enough if I were to get another because even at 69.99 this rug is a really really good deal. For a moment I had a little hope that Target had a larger version of this same rug, but I was disappointed because it did come in other sizes but the one I have was the largest they sell & like half the size I needed. 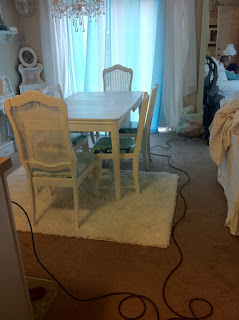 I layed the too small rug under my table to get an idea how it would look. (please excuse the cords I was vacuuming) I send this via picture message to my Mother telling her how I was so I couldn't find a big rug like this one. When I put it under my table I saw that it was literally exactly half the size I needed. My mother then called me and told me she had seen this episode on HGTV where they used duck tape on the back of two rugs and it looked just like one big rug! This excited me but I was worried it wouldn't look as one. I quickly called target to see if they had 2 in stock and they did! So I went and got them Tonight. 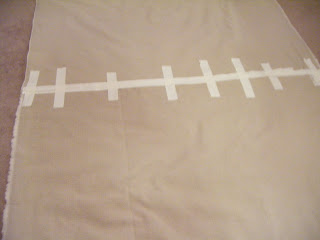 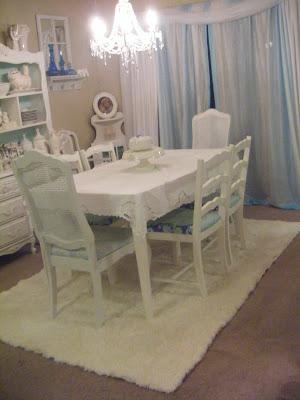 And omgosh it worked!!! It Looks like one big rug! Its exactly what I wanted and alot cheaper although I did have to pay the full 69.99 each for these, not the 24.99 deal I got my  living room one but still a great deal! It cost me 139.98 for the two rugs to make one big one which is a amazing deal for the 400ish price range that weren't exactly what I wanted. 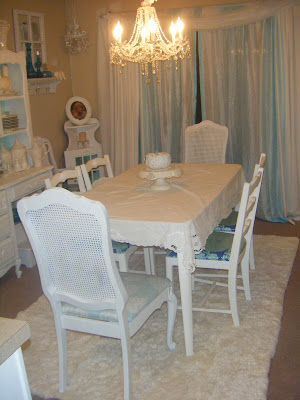 Other then the price the best part is I can now wash it in the washing machine! I wash my other one all the time. If I had got one large rug ( If I had ever found one)  it would have been much to big to fit in the washer. Now all I will have to do is un-tape it and wash them one at a time then re-tape them. I am so happy with it! Hope you enjoyed.
Follow Me
Posted by Janae